VocATE Apprentice Janet securing her future as a seamstress

At “something between 25 and 30 years old” Janet is a bit older than most ATE-supported apprentices.  But, if anything, that means she’s making even more of the opportunity. 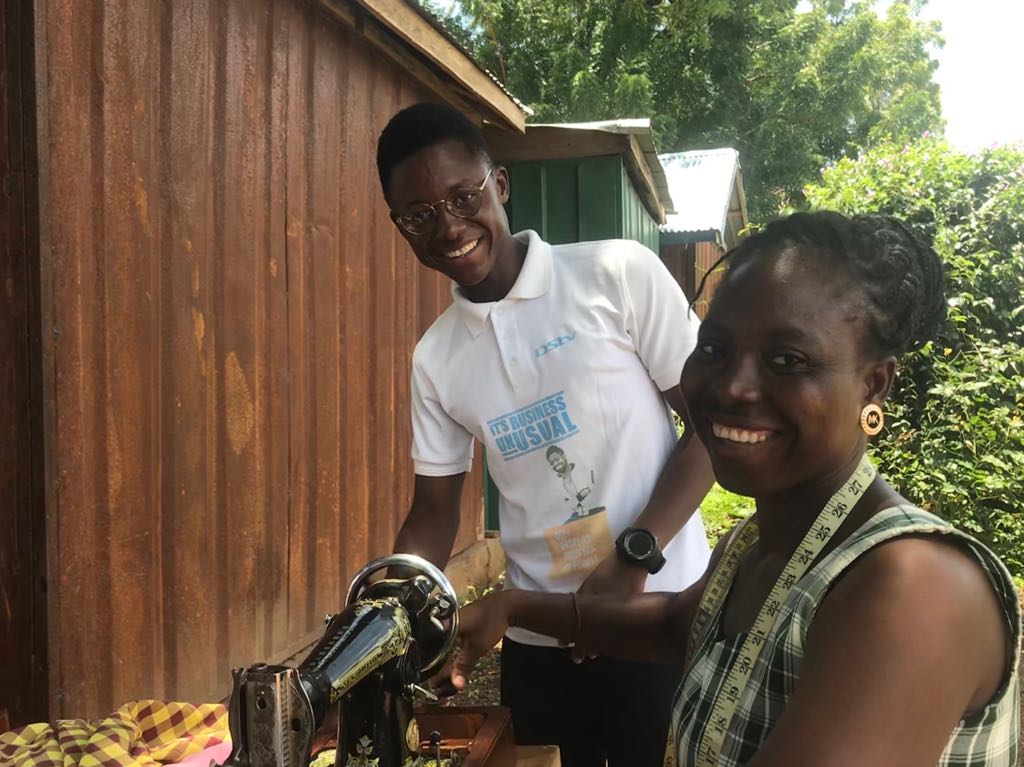 Two years ago, she was selected to be the apprentice of Teresa, a seamstress who received a small business grant from ATE in July 2015. Before that, Janet had no paid work, but helped out on the family farm. She jumped at the chance to become an apprentice – “the course will benefit me, it’s a way to make money in the future and help my father and siblings”.

“I always wanted to be a seamstress, but had no support until this opportunity came along. My family were excited about what I was doing. I had always wanted to be a seamstress, but there were so many things I didn’t know, like how to deal with and relate to customers. At first, I couldn’t sew or anything, but now I can make clothing for my own family. I’ve been learning from the Master [what all apprentices call their boss] and now I have more customers asking for me than they do for the senior apprentice”.

As second senior apprentice, Janet has responsibility for overseeing and checking the work of the other apprentices. Because her apprenticeship is unpaid, it’s vital she learns as many skills as possible – at the moment only the Master does the cutting (unless Janet is making clothes for her own family) – but she should get more experience as time goes on. 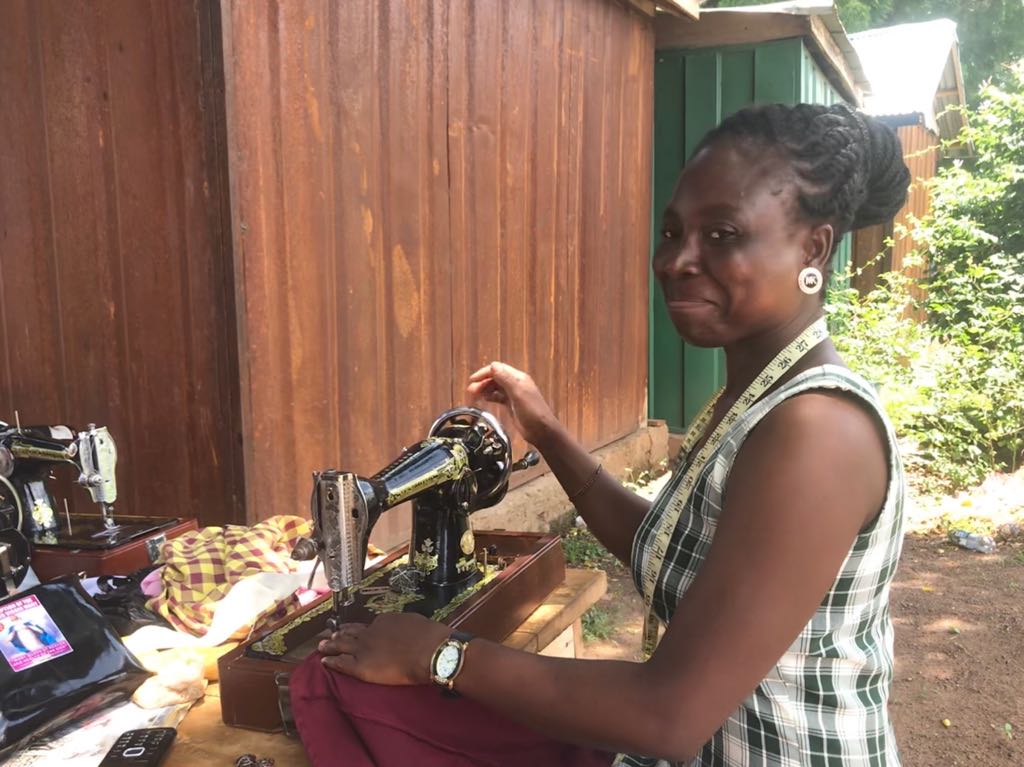 Next year, when her apprenticeship is complete, Janet would love to open her own shop – if she can get the support.

Janet has a three year old daughter, Patience. “I’d like her to think her mother is a good seamstress, takes good care of her, has a nice job and is proud of her”. Her message to Patience is – “concentrate on your education, don’t get pregnant too soon and learn a trade”.