It began very small. . . a gathering of disabled children and their families. . . a meeting of people with HIV who wanted to start small businesses. . . a primary school where pupils were too hungry to learn.

In 2012, the people of Lawra challenged everything Sarah Gardner thought she knew about development work – which wasn’t very much. Sarah (now ATE Chief Exec) was a VSO volunteer in the Upper West corner of Ghana, where she quickly saw that real change was desperately needed – and that previous development efforts had made little impact. The UN Human Development Report two years earlier had described chronic food shortages and 100% poverty. Something had to be done – and done differently.

“I think what we got right were the fundamentals – mindset, mission, values – and they guided us through the hard times and inspired us in the good.” Sarah Gardner, Chief Executive 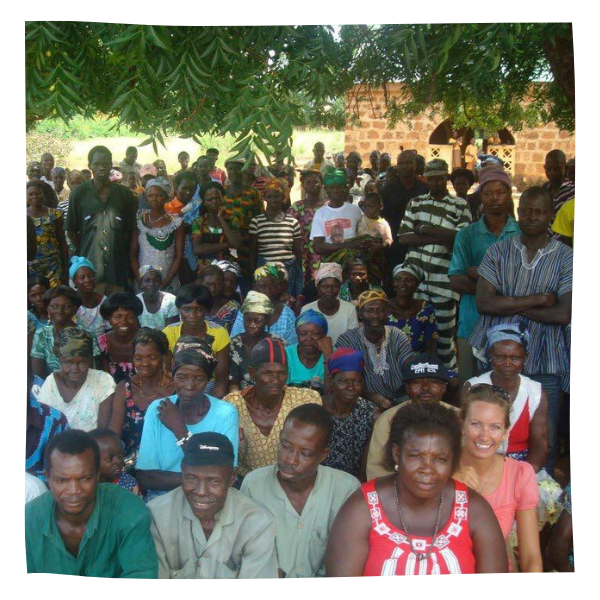 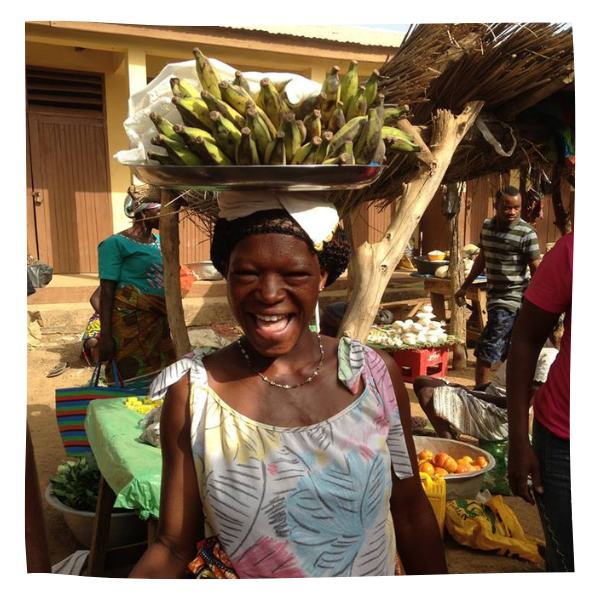 One of our first small business owners, Patience, a market trader, granted in July 2013

Sarah began building relationships within the community – including with Gabriel Maanibe (now Director of Operations) – and Action Through Enterprise launched in late 2012. Within months, hundreds of children at Karbo Primary studied on a full stomach, courtesy of an ATE school lunch. A groundnut farmer, two weavers and several other businesses thrived on ATE grants and mentoring. And dozens of disabled children attended monthly disability workshops, where every session began with a song.

This was just the start. Supported by funds raised initially from Sarah’s family and neighbours in Ramsbury, Wiltshire, and then from an increasing number of trusts and corporate sponsors, the charity has grown. Today, it operates in six (soon to be seven) villages in the Lawra district, focusing on the most rural areas where we can make maximum impact. Following input from the local community, we also run an apprenticeship scheme and a dry season farmers project. Our local team – led by Gabriel – comprises over 30 staff, including project managers, mentors and cooks, working within community hubs.

“I am certain that poor communities will remain poorer without international development, and that with it – done well – it can be a force for dramatic transformation.” Gabriel Maanibe, Director of Operations

After ten years, we’re delighted to see children who were once pupils experiencing their first taste of a school lunch, now heading off to college or starting businesses with an ATE grant. We see disabled children who were once written off, now studying or working and playing an active role in the community. We see once struggling entrepreneurs and aspiring apprentices now run successful business, taking on staff and training their own apprentices. There is action, there is enterprise, lives are transformed.

Of course, poverty is still rife and the covid lockdown took a terrible toll, despite the amazing work of our staff and kind donations from our supporters. The last couple of years have been the toughest – yet, arguably, the most positive, with successful expansion across the district and the strengthening of our Ghana team. But there’s still plenty to be done, both in Lawra and beyond. This is not a ten-year task. 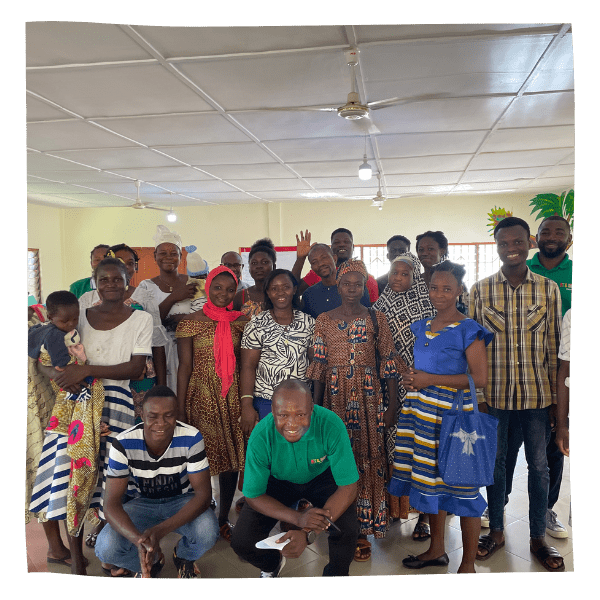 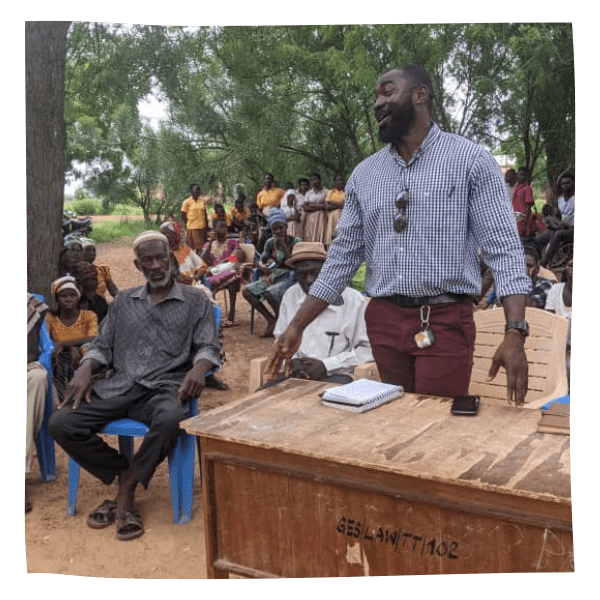 And that’s why the story doesn’t end here. After a decade of building trust, relationships and knowledge in Lawra, we’re ready to take our model further afield. We begin the next ten years with a bigger dream, to enable other communities to fulfil their potential, for their children to study, their businesses to grow, their disabled to children to thrive.

We do this hand-in-hand with the communities themselves, we do it with our extraordinary staff and volunteers (in the UK and Ghana) and we do it with the on-going support and inspiration of our donors.

This is not about changing the whole world – much as we’d love to – it’s about transforming the world of rural communities in the Upper West and beyond. That is our achievable dream for our next ten years.