John Bosco has gone a full circle. He was the pioneering headteacher at Dowine Junior High School before, during and after ATE helped establish the school-feeding programme. But now, he’s been posted to a different school – Boo JHS – where there’s no feeding programme, and all the same problems he has witnessed before.

When John arrived at Dowine JHS in 2013,

attendance was low, and those children who did turn up weren’t fit for much. “The children would leave school and head to the bush to look for food. It was very dangerous – there were reptiles and wild animals, or the children would fall from trees when they were looking for wild fruit.”

“Attendance was not regular, especially during the dry season, because of hunger. And those who did come in couldn’t concentrate.

He remembers the first time he met Sarah, founder of ATE. “She came into the office and said she was going around schools and meeting the heads to see about the possibility of helping with feeding. I thought it was a great idea, because the children were really suffering. I told her that the children couldn’t concentrate due to hunger. The children come to school to learn, some come very far, walking, cycling long distances, but that – coupled with hunger –  made learning not easy at all.

“So, I expressed an interest in the feeding project and after a few months ATE came back and said that if the PTA could be mobilised to build the kitchen by January, then they would support it.

“We called a PTA meeting and the parents said ‘yes’ straight away. They really expressed their joy. The parents started work, organising different sessions for the building – and by December it was ready. The PTA also raised money to buy utensils, and an iron pot.

“I remember the first day we opened the kitchen, in January 2016. I was excited, and that first meal was fantastic. The children had to bring their own bowls in, and they came and queued for the food.

“They thought it would be like the Government feeding they’d had in their primary school – small portions – but these meals were richer, the quality was better, the portions were bigger. The children were feeling it, and it soon started to make a difference. After a few weeks, the PTA mobilised again and raised the money to buy bowls.”

John soon saw an improvement in attendance and concentration – and not just among the children. The teachers also had more energy.

One aspect of ATE’s work that John really loves is the way the feeding programme can be the beginning of long term and wider engagement with the community, working as a hub for ATE’s other activities.  “It’s important to start with the feeding to get the attention of the community, then you can talk to them about other things.

“Immediately the feeding started, the children reported to their parents and the parents congratulated the NGO and all those involved.” 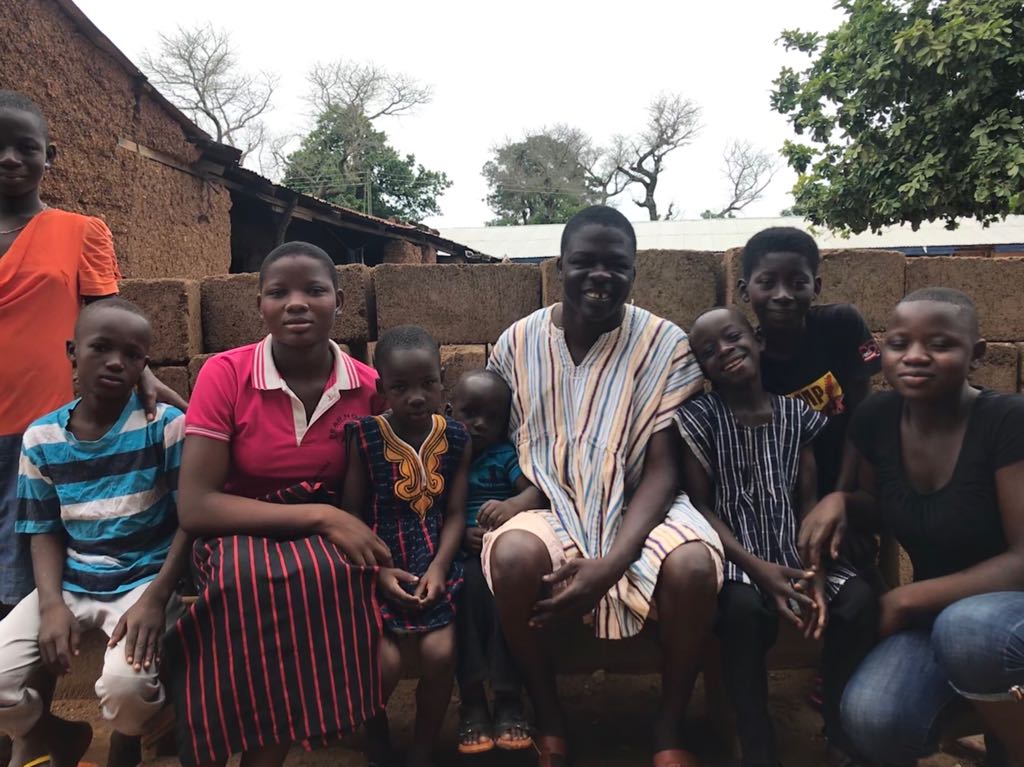 Some people – including parents from the school – got ATE business grants, but perhaps the biggest success story in Dowine is the SNAP programme for children with disabilities and their families, which John still helps organise, even though he’s no longer head teacher at Dowine JHS. “SNAP has given parents to disabled children confidence, so they can come out and mingle with people. They now know that even though they have these conditions, they are still human beings. It is now easier to ask for help than to hide away.”

John can see the ripple effect of ATE’s work across the community, through the school feeding, granting of businesses and SNAP group. “People have seen how ATE has helped businesses and that if they work hard, they could also get some help.”

But John’s story is bitter-sweet. Because he’s now been posted to Boo JHS – where there is no feeding. For him, it’s like going back in time. “It’s the same problem we had before. During the afternoon hours, the children are flat out on the desks, asleep, because of the hunger. Even the teachers are hungry.”

The school has been lobbying the Government to provide feeding, and there are discussions with ATE, but for the moment, the 200 children are not getting a school meal. The contrast with Dowine is striking – “Dowine is more upbeat that Boo. In a feeding school, the teachers have energy and can teach after lunch. In a non-feeding school, the children are just waiting for the bell to be rung so they can go and look for food.”

Sadly, for John, seeing the children too hungry to learn has become the new normal – “At the beginning it was difficult for me, but now it has become normal again.”

But he remains optimistic about the long term impact of the ATE hub in Dowine. “I am hoping the children who have benefitted from the feeding will bring a lasting effect to the community. They’ll say: ‘if I have been fed and become a doctor one day, I will always remember ATE’”.