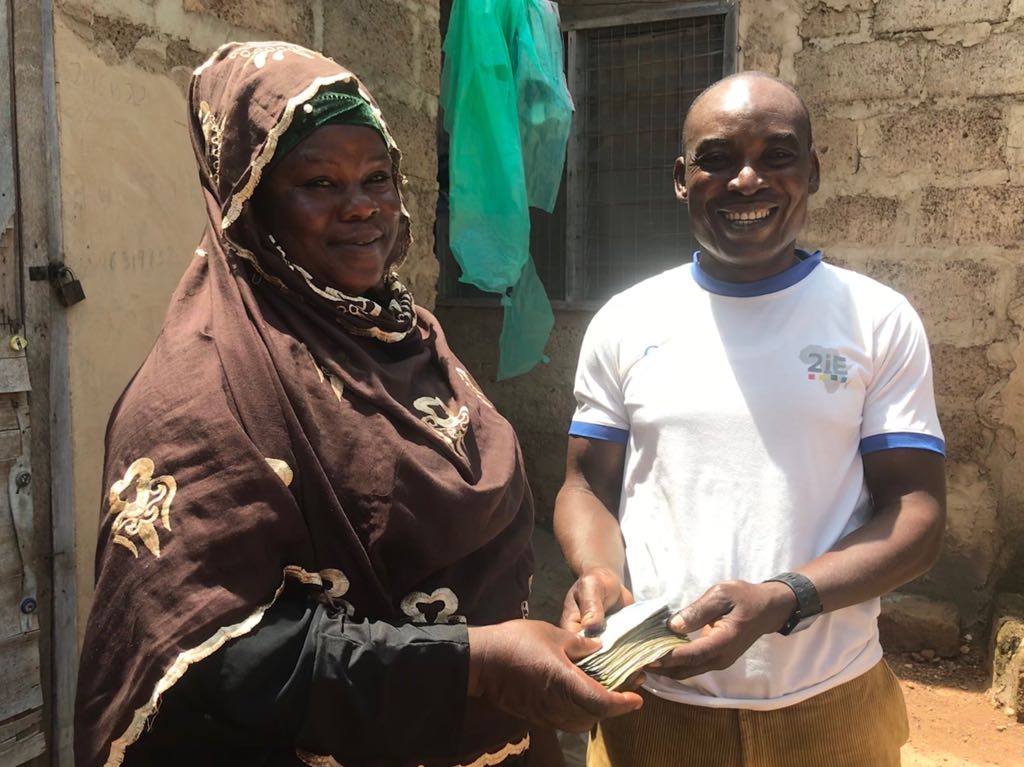 Mr and Mrs Abu (Musah and Rahinatu) are a husband and wife team making and selling their famous “Meat Pies” from a mobile stall in Lawra town centre. On a typical day, they sell around 60 pies – which actually contain no meat, but are a local favourite of egg and sardines encased in pastry and deep-fried. But they hope that with the help of their newly-agreed ATE grant of £200, they will increase sales to over a hundred pies a day by this time next year.

Musah might be the one counting the money to check it’s correct, but the original driving force of the business is Rahinatu. She had always dreamed of running her own hairdressing salon, but while she was training, she noticed that her boss not only did bridal hair, but also had a side line in providing pies for the weddings. Rahinatu realised that Meat Pies was a business she and Musah could do together without too much initial investment, so she put the hairdressing plan on hold and threw herself into pastry.

She taught Musah how to make the pies, and they now make a small living selling from their pitch at the main roundabout in Lawra, at Lawra and Babile weekly markets and to nearby offices. They are clear about their USP – “we are very clean, and we cook as if we were cooking in our own home”. 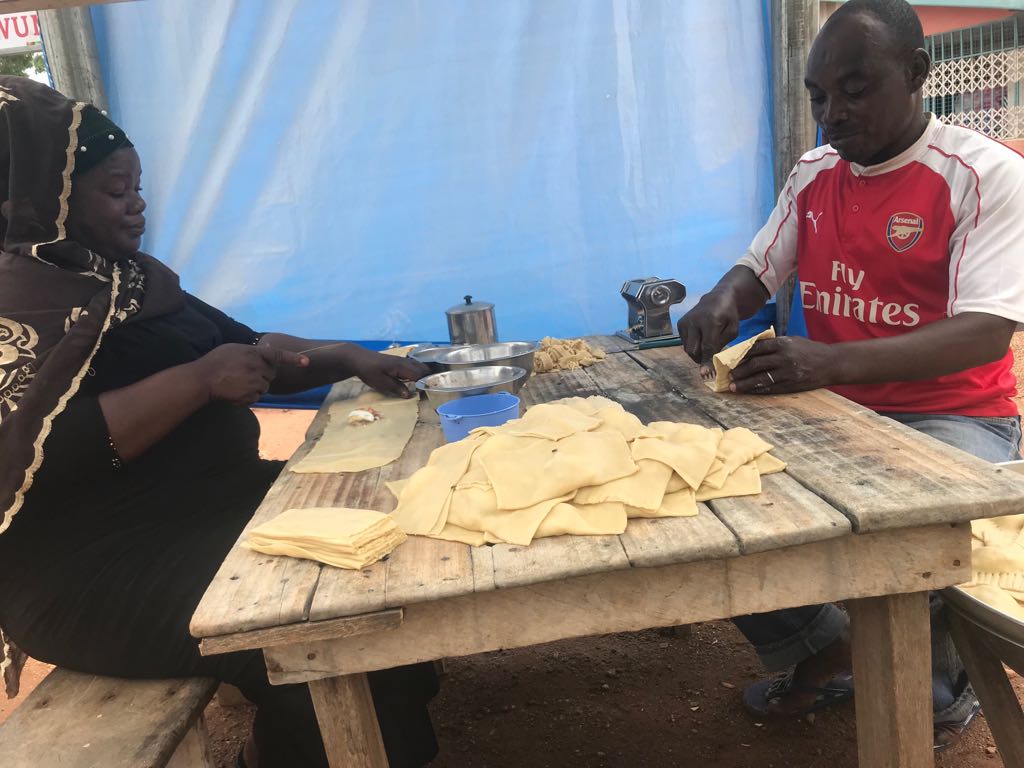 They say people love their pies – “if, for some reason, we haven’t been selling and people have bought from someone else, they’ve told us they didn’t like it”. Some people have asked why they don’t make pies with actual meat in them – but they’ve looked at the price of buying the meat, along with the extra cooking costs, and the figures don’t stack up. But although they’re sticking to the original recipe, they have got plans to take the business to the next level. And that’s why they applied for an ATE grant.

The 990 cedis will go towards fixing their pastry cutting machine and buying ingredients like eggs, flour and oil in bulk, so reducing transportation costs and improving their profit margin. Unlike a lot of small businesses, they never buy anything on credit, and are very proud of one fact – “we don’t owe anyone anything”. 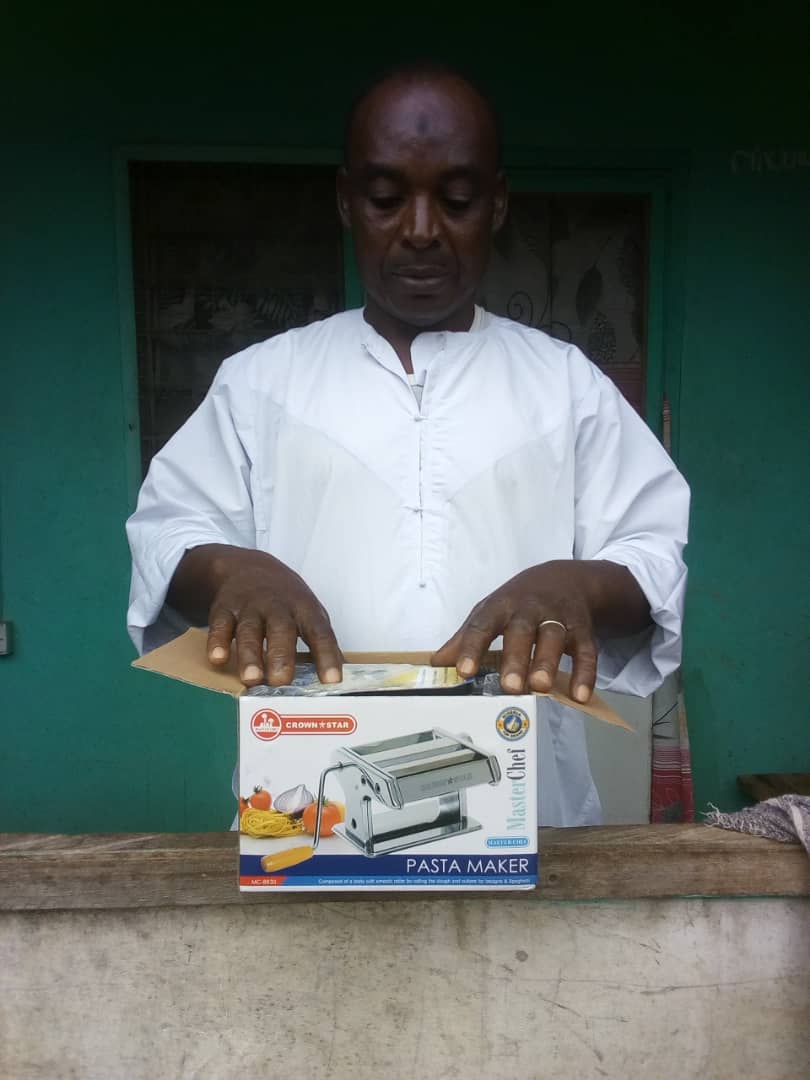 They also want to improve their distribution – one key area is selling to more offices and getting contracts to supply meetings and conferences happening locally. At the moment, they make and cook all pies in situ at their little stall on wheels. But if they can improve the office trade, they’ll start making them at home.

Another way the ATE grant will help is in widening the market beyond Lawra. Rahinatu used to travel to Jirapa once a week, but the cheapest transport option meant there wasn’t time to sell enough pies to cover the costs before the transport was ready to go back to Lawra. Now, they can spend a bit more on transport up front – and hopefully see the benefit in improved sales.

They “feel really happy working together”, and the dream is to be able to hire a container and do hairdressing in one half and make pies in the other. An idea that could catch on in the UK! Then, they would employ people to go round selling the pies.

For Rahinatu, she would achieve her dream of being a hairdresser. But for Musah, his childhood ambition to be a guitar bass player still remains unfulfilled. 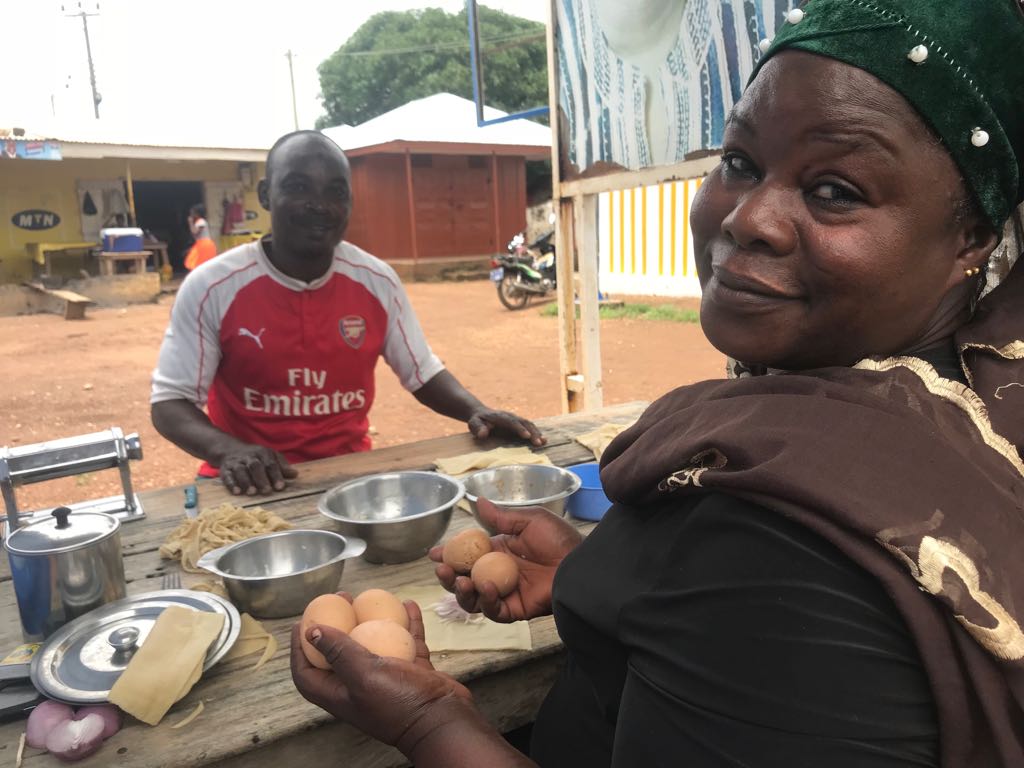