Joseph’s thriving plumbing business is a sign that things are changing in Lawra. He installs WCs, wash basins, showers, sinks and polytanks. “I enjoy doing quality work. And it’s making people’s lives easier – so they don’t need to go to the borehole to fetch water, or to the bush to ease themselves.”

But make no mistake, Joseph is not a charity. He’s an astute businessman whose ATE grant is helping him build an empire in Lawra and beyond.  On the day we visited him, he was hard at work installing bathrooms in a local hostel, and he also does work for the government and other businesses. But he’s clear what’s his kind favourite kind of job: “I prefer working in private houses , because I can make more money that way”.

Joseph got his ATE grant in February 2018, and is using it to buy plumbing materials to sell on to customers – which is increasing his profits and client base. Before, he had to give the customer a list of what was needed and the customer would buy the materials, because he had no capital to buy anything up front. “Now, I can charge not just for my workmanship but also for the materials.” He’s taken on two apprentices to help him with all the work. “I am making more profit, and want to expand beyond Lawra.” 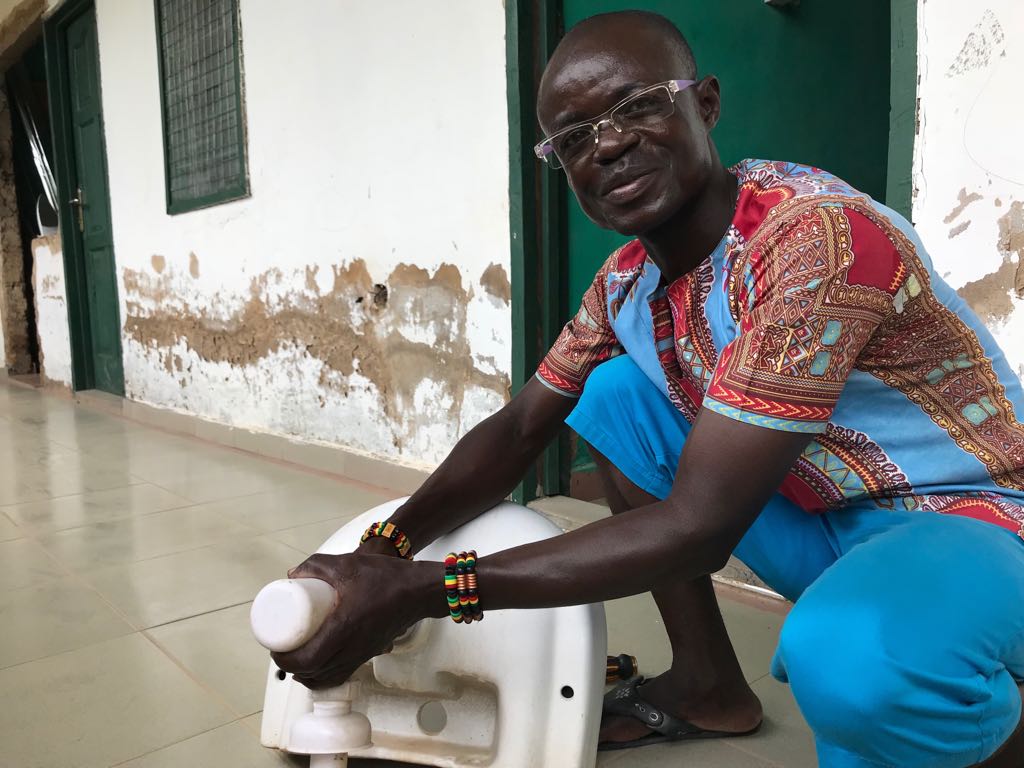 He uses Whatsapp and Facebook to publicise himself and relies a lot on word of mouth – “because if you have a good plumber, you recommend them”.

Joseph would like a workshop where he could store his materials – he keeps them at home at the moment – “if I had a shop, people passing in the street would know. But with the stock in the house, no-one knows”.

If things go well, he’ll take more apprentices on, with the hope that one day he could employ them properly. “I enjoy training them.” And he might even do some training a bit closer to home, because he’s already thinking about whether his 2 year old daughter Eunice could follow in his footsteps. “It’s her individual choice, but I’d prefer it if she did – because it’s very lucrative! I enjoy it.”