A Day in the Life of Janet

4am – wakes up, prays, cleans house, sets fire. Then, she goes to the well to get water, warms water over fire and bathes her 3 year old daughter Patience. No breakfast. 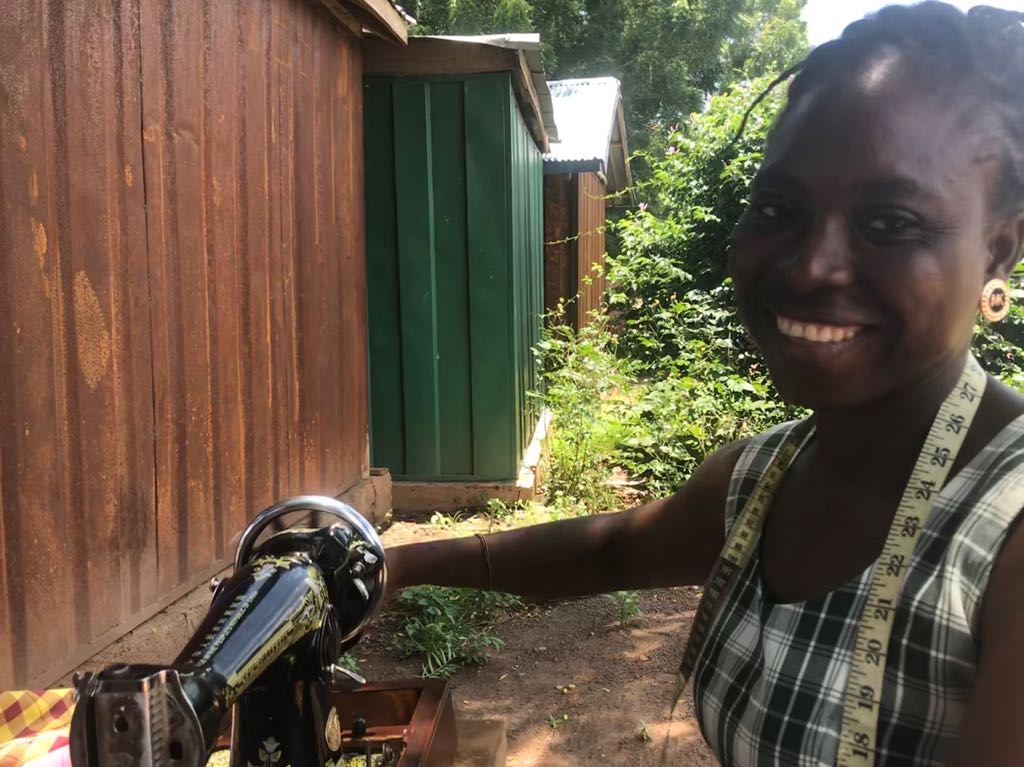 7am – leaves for work. It used to take 2 hours to walk, but now ATE has helped her buy a bike for 70 cedi (about £11) through the Village Bicycle Project, the 5km journey takes less than an hour.

7.50 am – arrives at work, which is based in a hut opposite the ATE office. The business is run by Teresa, who is one of the small business owners supported by ATE. She has other apprentices, but Janet is the only VocATE (ATE supported) one.

8am – as second senior apprentice, Janet opens up and cleans round. If Teresa – known, as all bosses are to their apprentices, as “the Master” – has left work to do then Janet distributes it among the other apprentices.

9am – works on dresses and learns new sewing techniques. Customers come in and look through different patterns. Some now ask personally for Janet.  It takes about one day to make a dress.

As second senior, she also oversees the work of other apprentices, which she enjoys – but she could do without some of the negatives like misunderstandings within the group, mistrust and even stealing.

12pm – some days (but not every day) the apprentices put in some money to buy rice, which they cook on a little fire besides the hut.

1pm – more sewing. If making clothes for her family, Janet does the material cutting herself, which is her favourite part of the work. But for paying customers, the Master does the cutting. 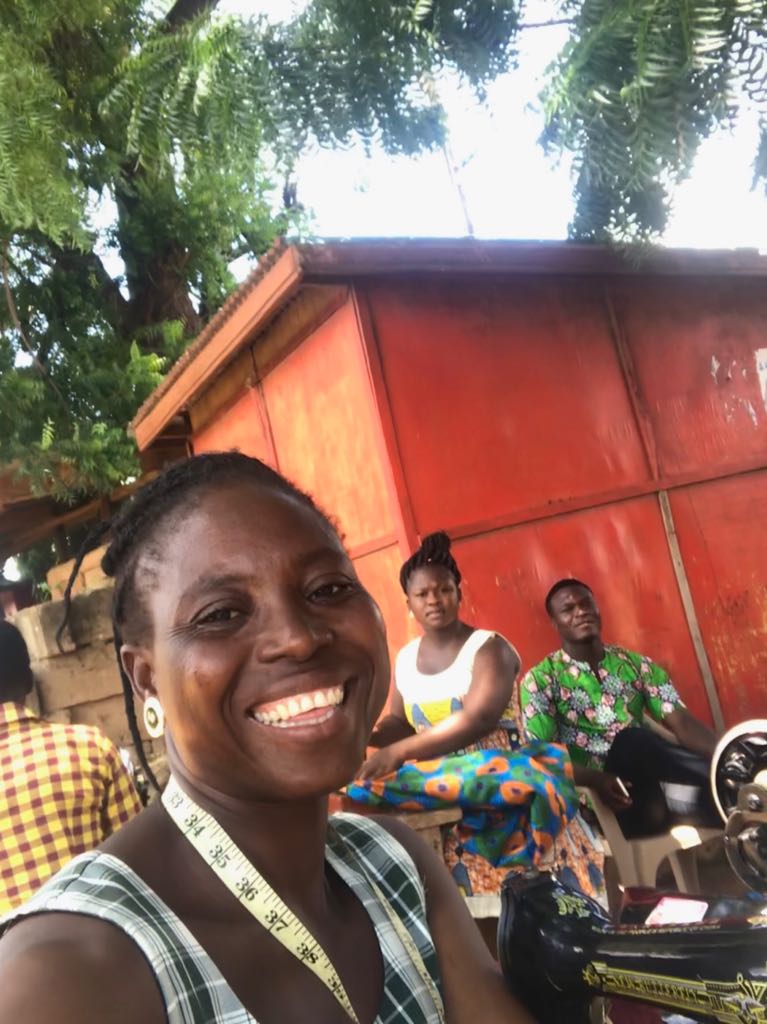 Janet says she learns something new every day, and once a month, attends a meeting of the Seamstress Apprentices Association, where about thirty of them gather to talk about what they’ve been learning. Janet doesn’t get paid for her work – it’s all about getting the skills to become a seamstress in her own right when her apprenticeship ends in a year.

5pm – home time on a normal day. But if there’s work to do, Janet stays as late as 8pm to work with the Master.

5.30pm – if she’s got away on time, Janet can get home in time to help her junior sister prepare a meal.