A Day in the Life of Christiana

It’s always great to see a business expand and diversify – and that’s exactly what Christiana has done. She’s used her grant from ATE to buy supplies for her hairdressing business, and now also buys and sells maize. In fact, the maize has become a bigger part of the business than the hairdressing. 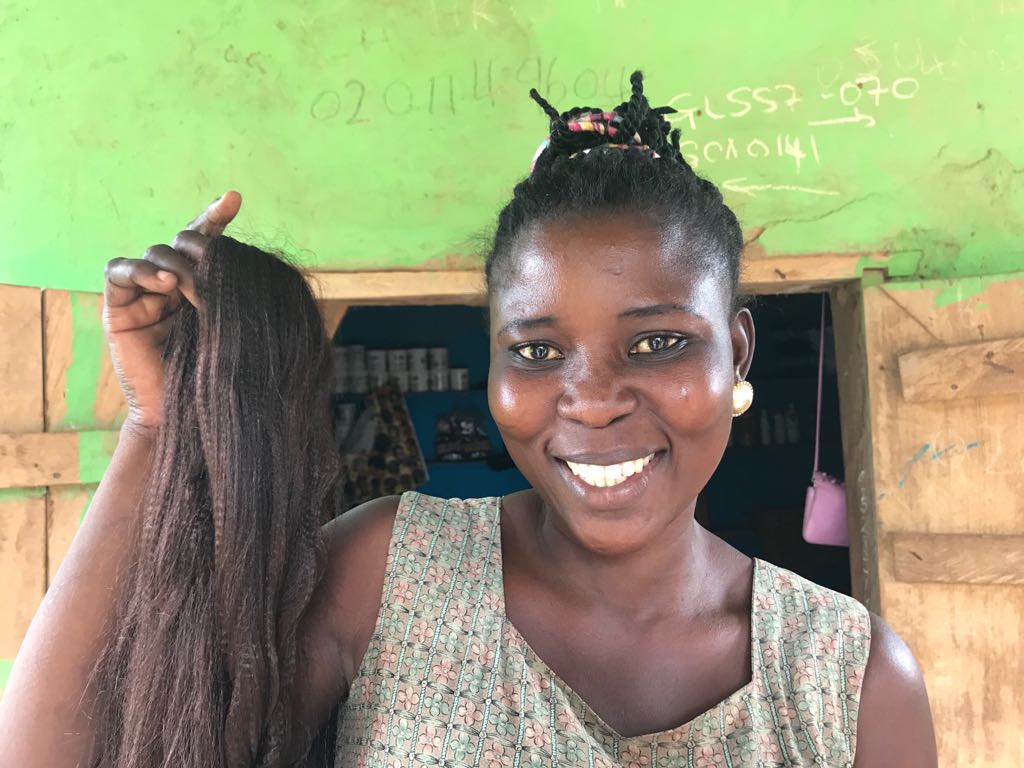 She says her business is going well – though there was no activity when we were there she had two people booked in for that day. She currently has no apprentice but says she would like one. She’d also like a baby nurse, so she doesn’t have to bring 8 month old, Bennett, to work with her every day.

Christiana has her eye on the future. She’s part of a susu – a savings circle – every market day a group of people come together and put money in a box, and in a year they will open the box and share the money.

Her plans are to sell more hairdressing supplies and also build the maize selling – in the next few years, she’d like to sell 10 bags a week. It’s a quicker way of making money than hairdressing. That’s why she’s saving money, so she can invest in that business.

Her husband is a farmer, and she hopes her children grow up to be nurses or soldiers.

A day in the life of Christiana, Hairdresser and Maize Seller

5am – gets up, fetches water from the pump (she goes early to avoid the rush) and prepares breakfast for her four children.

10am – arrives at work at her salon in the centre of Dowine, with 8 month old Bennett on her back. She 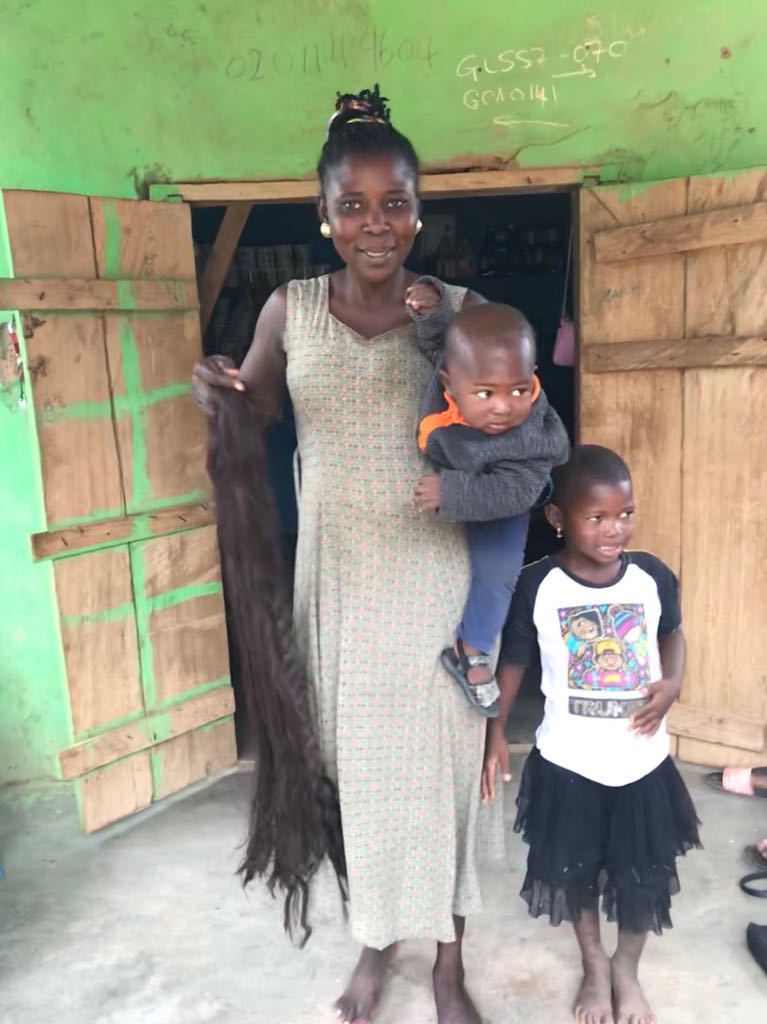 sweeps round, gets water and waits for customers. Sometimes people book, others just drop in.

Rainy season can be a bit quieter – maybe 5 clients a day –  but market day is usually busy. The Christmas season is the best – she’s done as many as 15 customers in one day.

1pm – Christiana doesn’t take a break time, but does eat lunch – either something from home or a cake from the market.

2pm – if she has Rasta plaits to do, they can take a whole afternoon. It’s the hardest style to do, but her favourite. Other people charge 20 cedis, but she undercuts that price by 5 cedis.

Christiana has used the profits from her hairdressing business to diversify into maize selling – and that is now bigger than the hairdressing. She’s travels on nyabba (motorised trike) to nearby Fiemo Market once a week to buy up to 4 bags of maize – she can sell 40 bowls from each sack. It’s quicker way to make money than hairdressing.

5pm – this is her usual closing time, but she has kerosene lamps if she needs to stay later. If she’s busy with a wedding or church event she might have clients until 8pm.

6pm – cooks for the family – the children like rice, but her favourite is TZ, a maize-based dumpling. 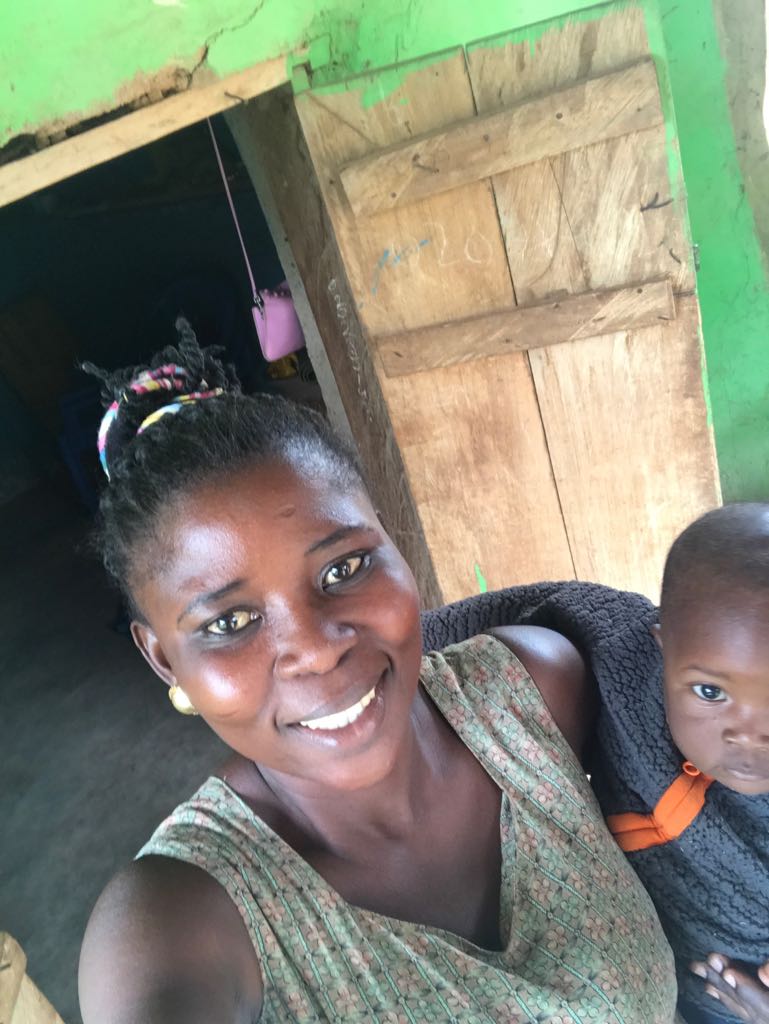