A day in the life of Agnes, a kayeye street girl 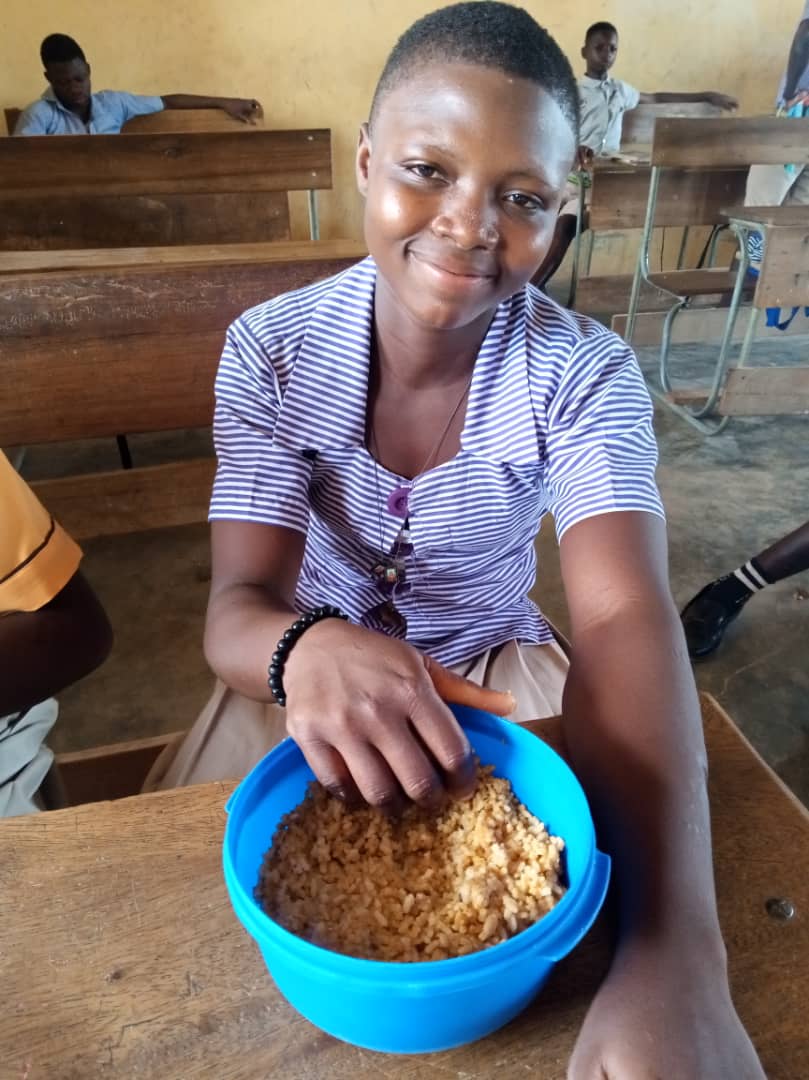 It’s 4am and dark when Agnes rubs sleep from her eyes and rolls out of bed. She lights a pile of firewood, arranged the night before, and starts preparing pies. Once piping hot, she packs them into a metal container, heaves it onto her head and sets out onto the streets to work. As the sun warms Wenchi’s patched tarmac, drivers begin trickling through, hungry for breakfast on the go. Agnes must fight to get their attention; if she’s not the first at their window, she risks missing the most profitable time of the day.

Like most young girls working on the streets in the Bono East region of Ghana, Agnes is far from home. She’s there because when the pandemic hit and schools closed indefinitely, she had no choice but leave home. Agnes is from Biro, a rural village in the northern municipality of Lawra where she lives with her family and goes to junior high school. Once in Wenchi, she leaves this behind and is a kayeye street girl: one of a large, but marginalised community of street hawkers who work night and day in busy urban centres in the south. Toiling out of desperation, many are exploited and exposed to new dangers, even when the hunger that defined life in the north subsides.

Agnes, however, considers herself one of the lucky ones. Why? Because she has somewhere to go; her aunty and uncle own the pie business in Wenchi, and are able to put a roof over her head and give her a bed to sleep on. Without this support, Agnes, like many other girls, would be forced to sleep out on shop porches or in a city slum. Ghana’s teenage pregnancy epidemic is most out of control in these areas, so it’s clear why Agnes considers herself fortunate. But Agnes faces dangers too. Her older sister, Olivia went down before her and was knocked over by a car, leaving her with a fractured her arm. This scared Agnes, but it didn’t stop her from going down, she says: “I miss home when I’m there, but I also like working in the south because of money and food.” For kayeye girls like Agnes, work is a case of a lesser of two evils.

But money is no guarantee and Agnes tells us that, “sometimes you’ll walk around all day and no one buys a pie.” And it’s worse when she drops the carrier: “if the pot breaks, I will bear the cost,” she tells us, “this happened to me twice. The money is removed from my pay.” Despite some difficult moments, her aunty cooks for her twice per day and she is usually able to sell enough pies to get by. What does a good day look like? Selling 100 pies fetches 20 cedis (approximately £2.50). A bad day? 40 pies for 8 cedis (less than £1). She has never sold over 100 pies. Even in relative terms for backbreaking work that occupies every waking hour, it’s little, but the most important thing is that it’s something. 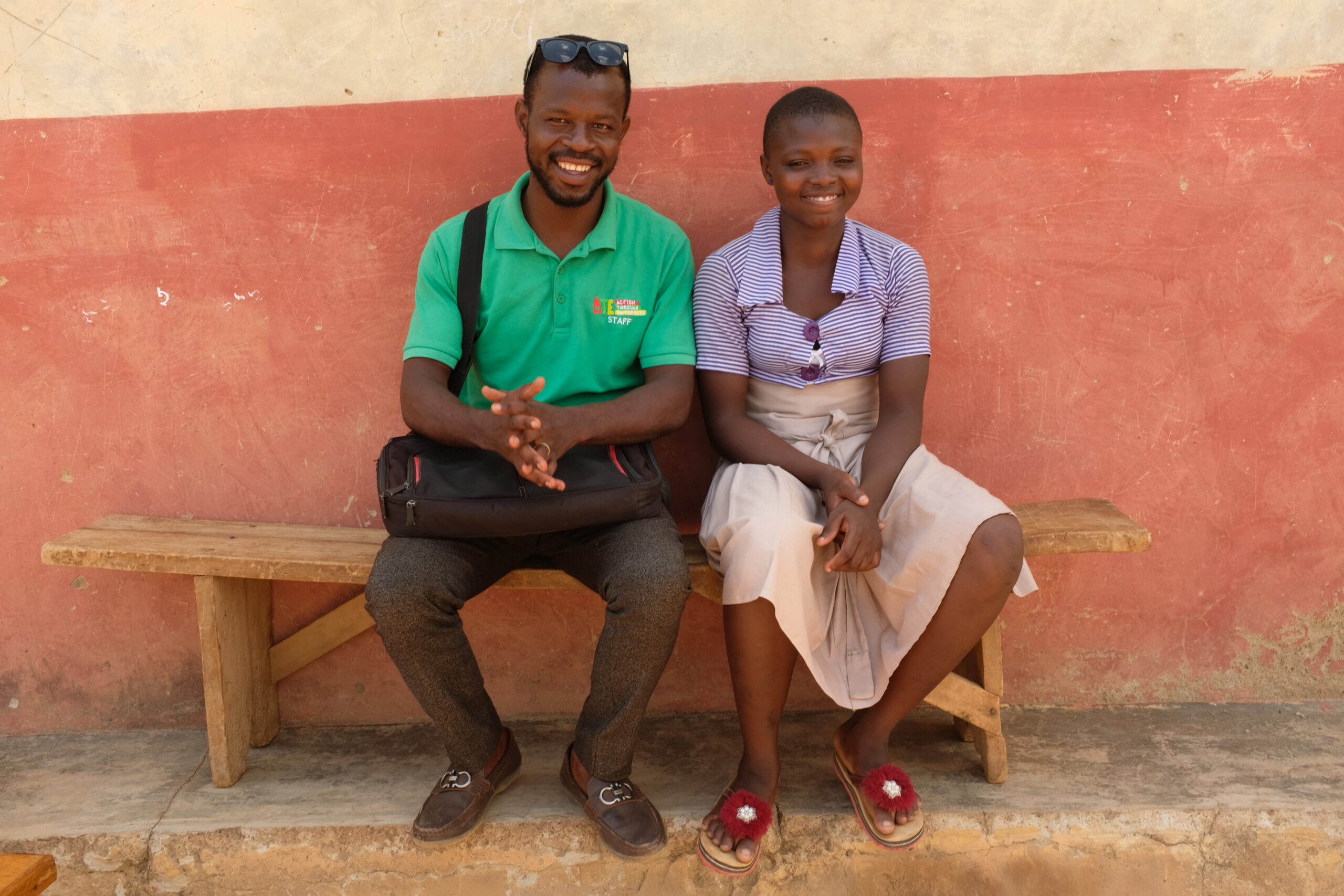 Agnes with Hub Manager Rexford in May 2021

Several months later Agnes returned to Biro and, sitting with us outside of her classroom, she looks down shyly at her new sandals, paddled out in front of her. Wearing something to proudly claim her own, she explains that the rest of her earnings have gone to support her family, and nothing is left. “I am happy to be back, but I will have to go down again”, she says, “my parents need me too.” For now Agnes is at school and feels confident about the future. Her sister was one of the first recipients of our senior high school scholarships and it has given her a role model to look up to. But there are few older role models in Biro. When ATE asks her who else she looks up to, she thinks hard and finally says that, “Master Paul, headmaster at the primary school, is my role model because he is educated.” Agnes is witness to the possibilities of education and is proud to be a student. She’s a kayeye girl when school breaks, but it’s no longer an inevitable fact of her future. With access to education, her aspirations differ from the generation before her. Where does she see herself in ten years? “I will be a nurse”, she beams, looking down at her sandals.