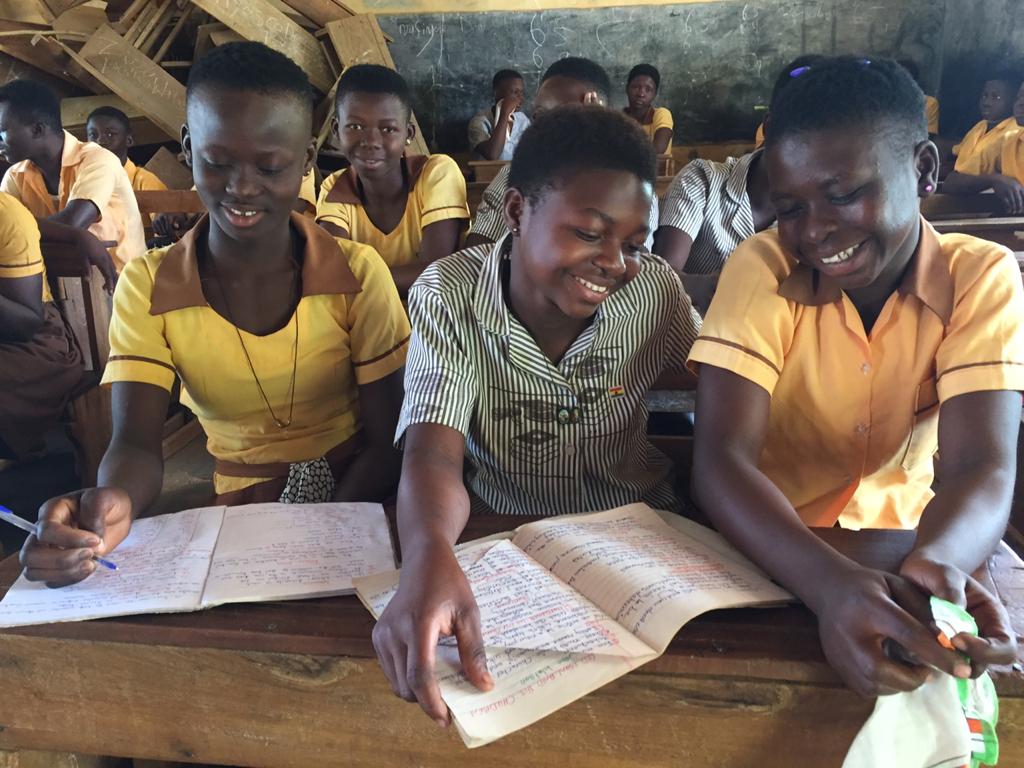 “My best moment was how happy the children were when they were told to go for lunch. The smiles were heart-warming. I felt it a dream but it was a reality.”

Early morning, Tuesday 10th January 2023, and Action Through Enterprise was about to launch its newest hub, in the remote village of Kalsagri. We’d decided to start with lunch provision at two junior high schools. I was nervous.

We began our work with the local community in late September, first with a meeting of main stakeholders (community leaders, school representatives etc) and then a gathering of the whole community. In just over three months, could we really launch a new hub?

Then, at Kalsagri JHS, I saw the cooks we’d recruited reporting early to work, and children hovering around the kitchen knowing they would have lunch. Although the kitchen is still under construction, it is a decent place to store food and cook hygienically, and the cooks made one of the most delicious meals I’ve ever had across our schools. 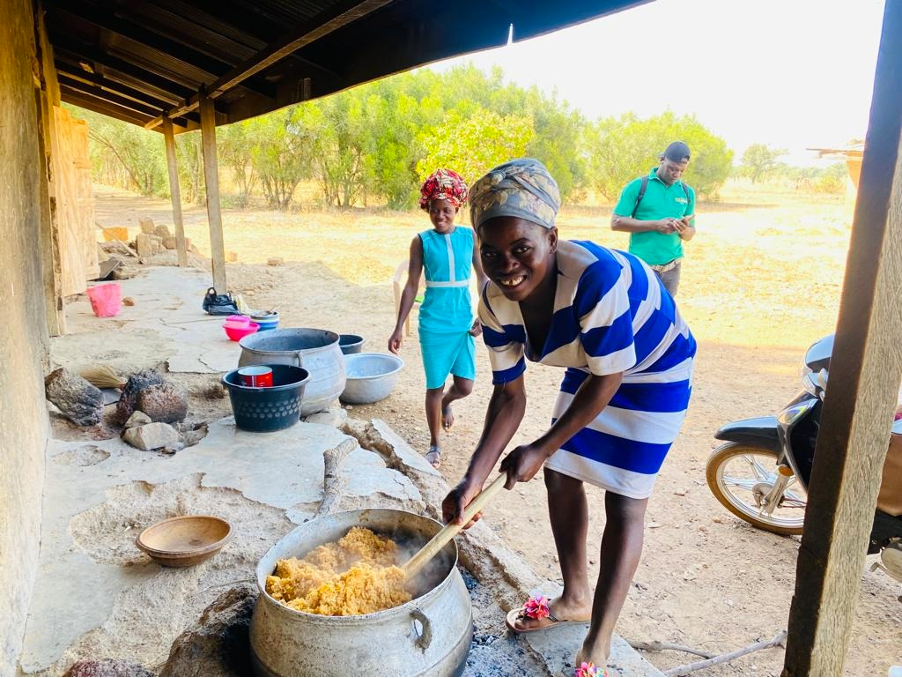 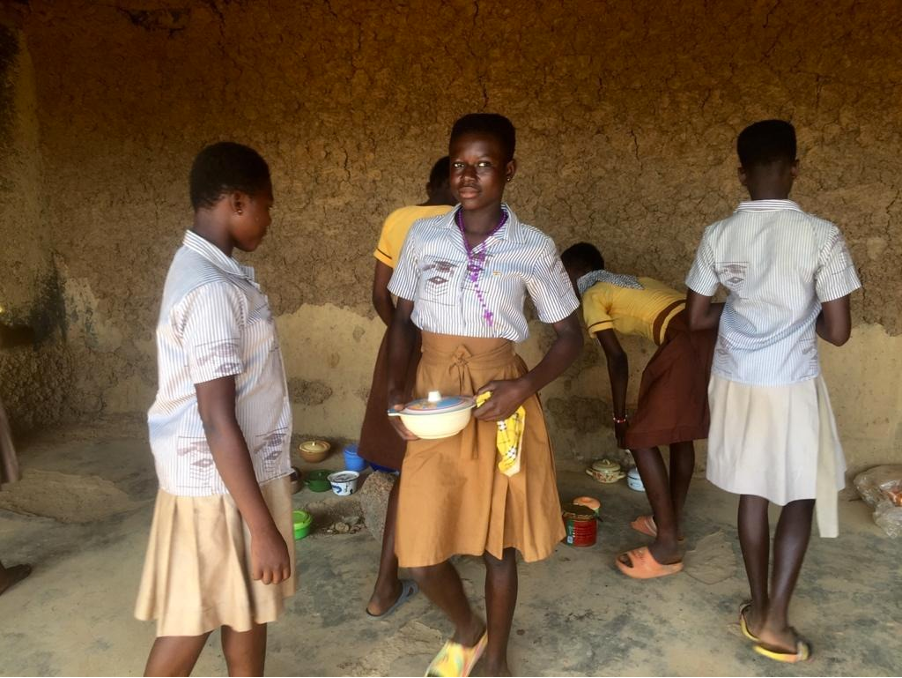 At lunchtime, instead of children running home out of hunger and never returning, they enjoyed jollof rice. And their mothers were happy because they knew they weren’t hungry and could stay in school all day to learn.

The figures came in: last year, just 23 students attended at the January re-opening of Kalsagri JHS – this year it was 74. At neighbouring Nanyaare JHS, the numbers leapt from 15 to 52. This is the highest ever – and the head teachers expect more to come, as those pupils tell their friends, many of whom will be currently travelling to distant schools where there is a feeding program. Now they will be able to study close to home.

The whole community is excited – some said to me that they hadn’t believed we would deliver so fast. They said other organisations had come before with nice words and they’d never heard from them again. But with Action Through Enterprise, we said it and we executed it exactly as we’d said. 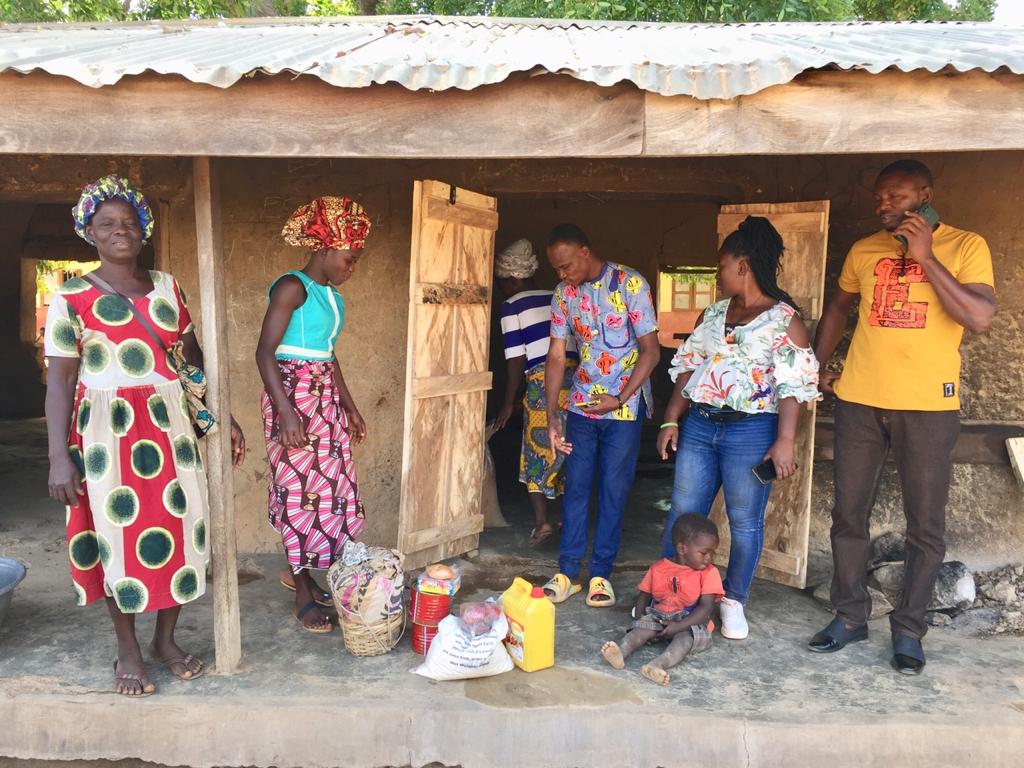 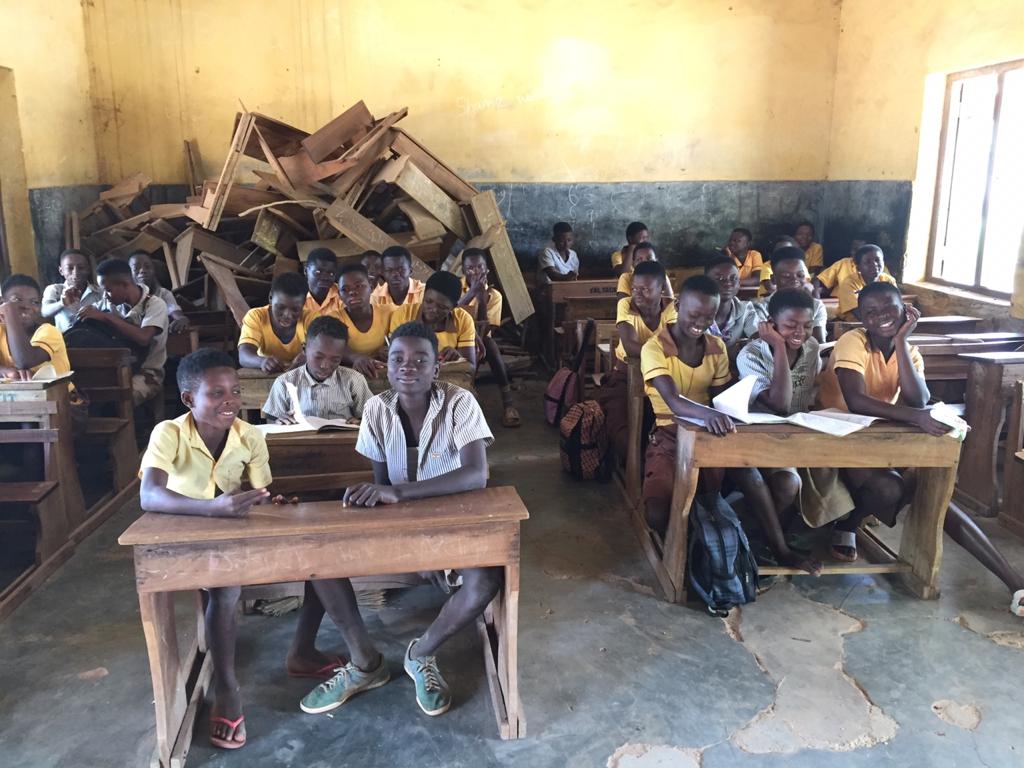 School lunches are just the start. The EducATE program will bring educational materials and also sanitary products so that girls can learn all month round with decency, hygiene and confidence. Later this year, we begin our dry season farmers work, award grants to small businesses, establish an apprenticeship scheme and launch a disability SNAP group.

Part of the success of this launch is because our meetings with the local community went so well. There were some leaders who knew us from their jobs as head teachers at other schools we work in, and they were able to offer testimony and help us build relationships and trust very quickly. Also, we have our first-ever female Hub Manager in Charity Kyekpo, a wonderful role model for young women in the community.

I feel very hopeful for Kalsagri – in a year’s time we will see increased school enrolment and improved academic results, especially for girls. Many households will have a secure source of income. Disabled children will thrive – and their mothers will grow in confidence. More children will study at their local school, more girls will stay in Kalsagri rather than going South to look for work. The community will become stronger and sustainable. And it will have all begun with a bowl of jollof rice!