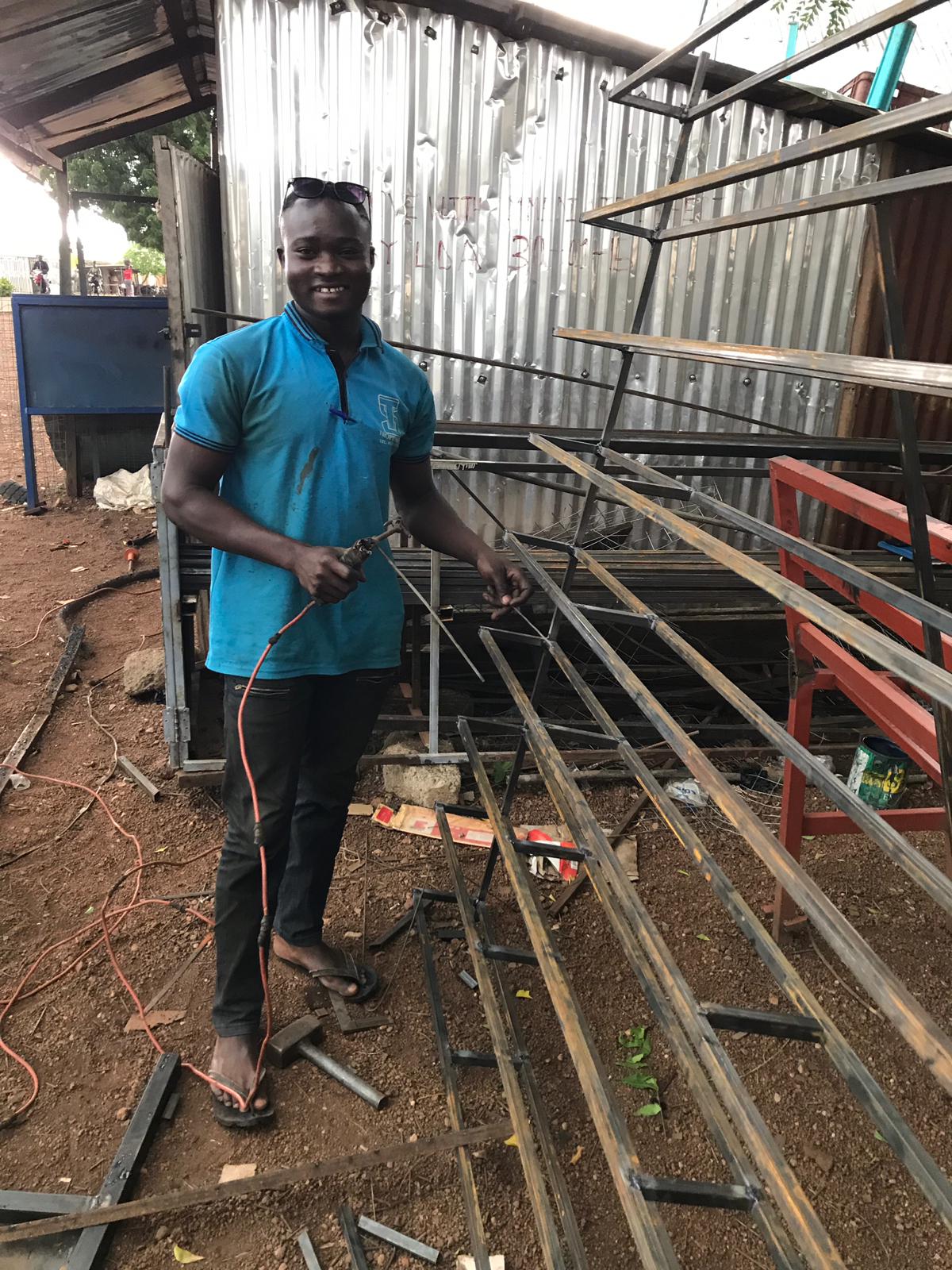 “I’m making a gate for a customer in Accra, I’m working on the solar panel project on the outskirts of town and…”, he points down the road, “I built this street too!” Hermas, or Hermas “International” as his friends tease, is a big personality and an ATE role model in Lawra. One of our most successful small business owners (SBOs), he today manages a team of apprentices at his welding workshop by one of Lawra’s new paved roads.

After learning his trade in the city of Tamale, Hermas opened his shop in 2015 and entered the BizATE mentorship in 2019. The first years of business were not easy. Following a struggle to find a position for his shop with the district assembly, Hermas had a plot approved on the outskirts of town. Surrounded by bushland, it was no surprise that customers were hard to come by and after four years, he was bringing in less than Gh₵500 (roughly £60) per month. But Hermas came to us at the right time. Lawra’s quick development means his workshop now sits by a busy intersection and with our BizATE mentoring programme, he is turning a profit five-times what he was. 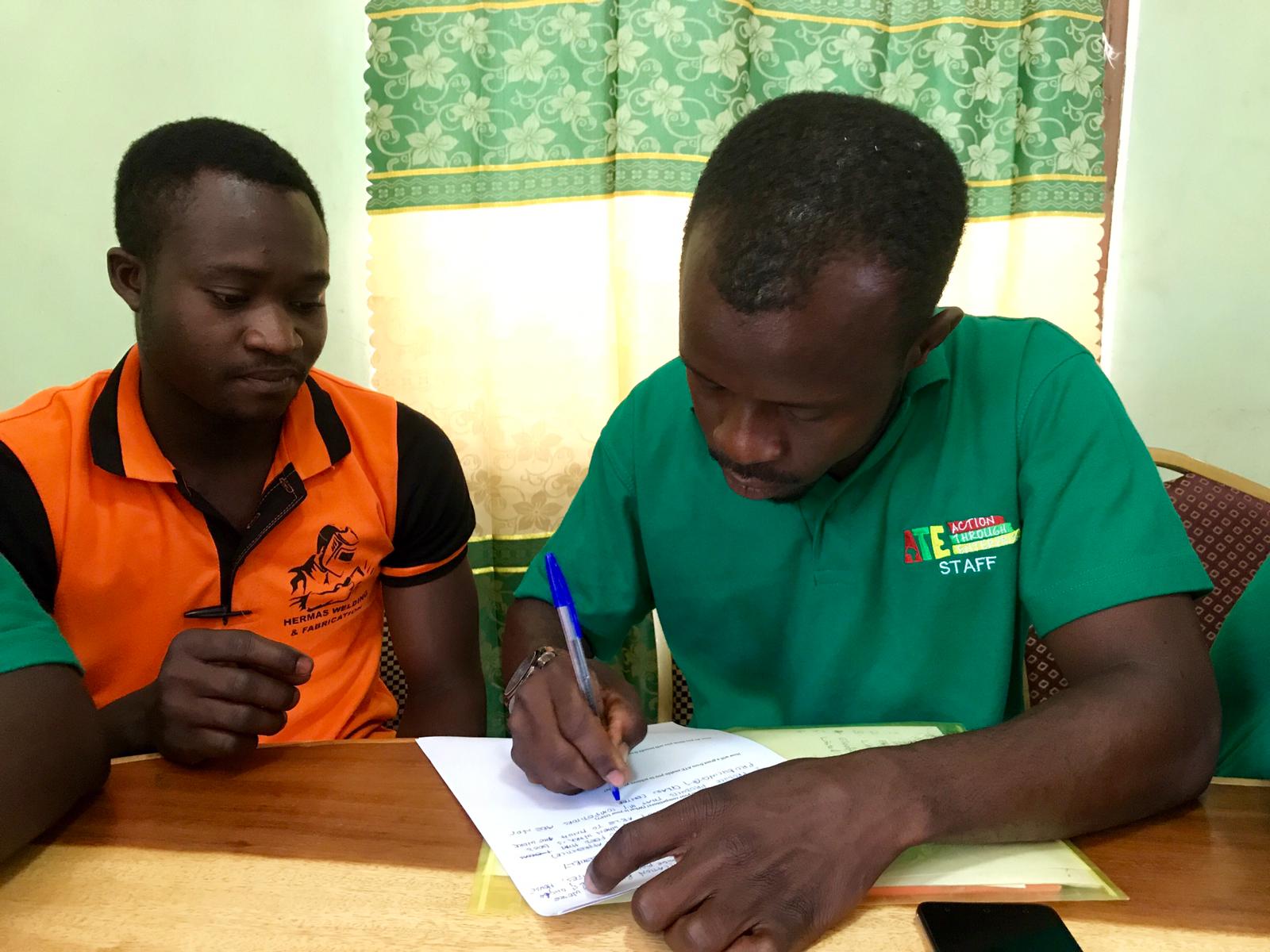 Hermas with his mentor Rexford, in his first BizATE training workshop

Hermas claims a well-justified stake in the town’s development, with his team having welded many of the shops on his road and across town. This includes Mighty Mercy’s opposite (pictured) which, thanks to its contemporary design, competes to be town’s most popular food spot. Beaming ear to ear, he tells us, “I notice our handiwork wherever I go in town – it feels good!”

But it’s not only metals that Hermas makes an impact. He’s teaching and managing six apprentices who take the lion’s share of the hard labour. While some leaders might be tempted to kick back, Hermas seeks opportunities that will elevate his business and team. He recently won a bidding war for a contract with Elecnor – a Spanish construction company installing a solar panel project on the outskirts of town. As a major national investment in Ghana’s energy supply, this is a big deal. It’s an opportunity not just for Hermas, but also for his apprentices who are gaining industry standard technical skills. 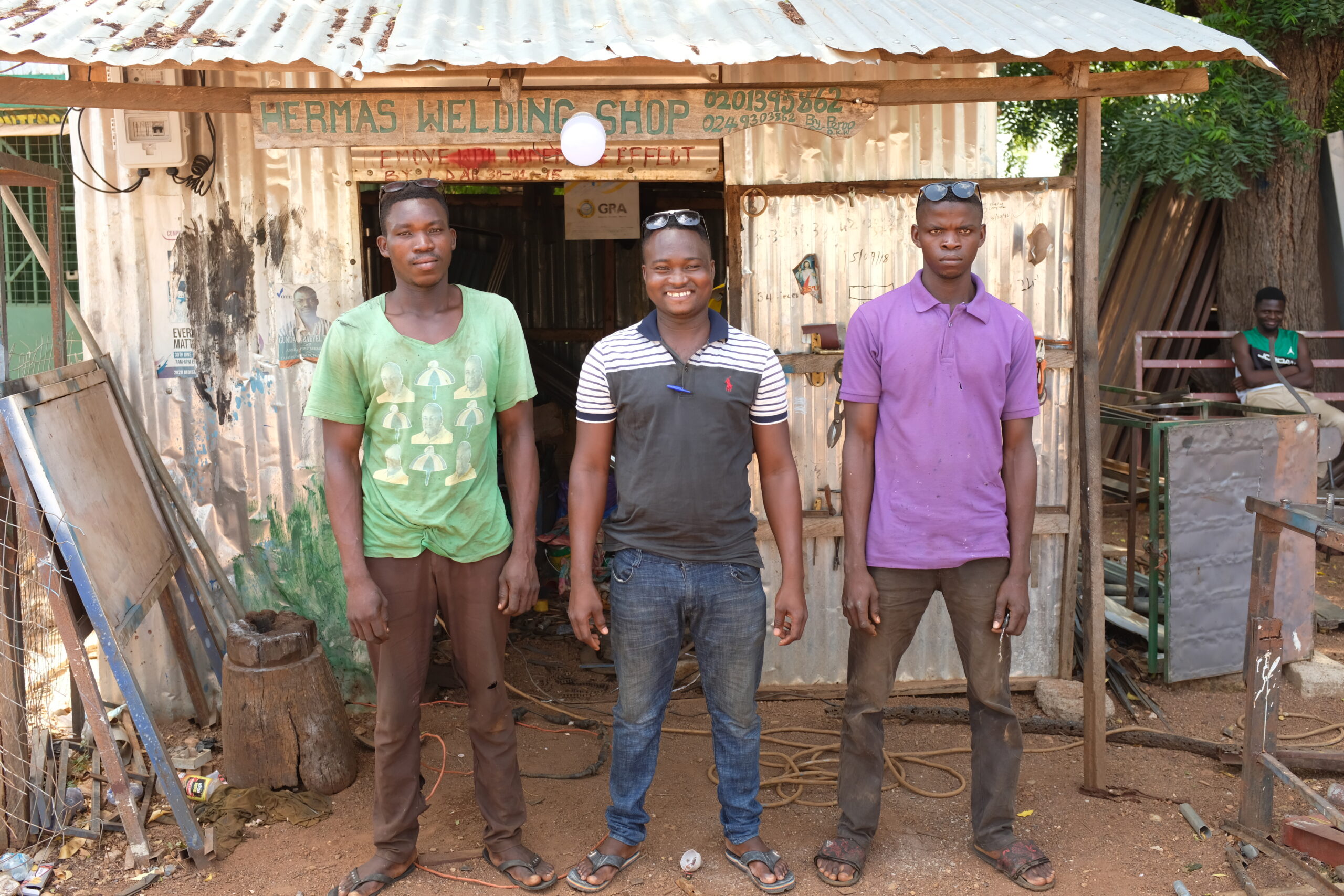 Hermas with two of his apprentices, outside his workshop

It feels like he’s only just getting started: “next, I want to buy a provisions store, a plot of land to build a house and then, my own saloon car!” All are things to claim his stake in society. But what matters most is the value he’s building for the community. Not containers or doors, but by being a role model in plain clothing. Someone that Lawra’s youth can walk by, see themselves in and dream big.

As we’re about to leave, the solar project contractor arrives with his translator. “Can we get these finished by tomorrow, Hermas?”, he asks in Spanish. True to his name, Hermas “International” replies: “Vale, vale, vale!”